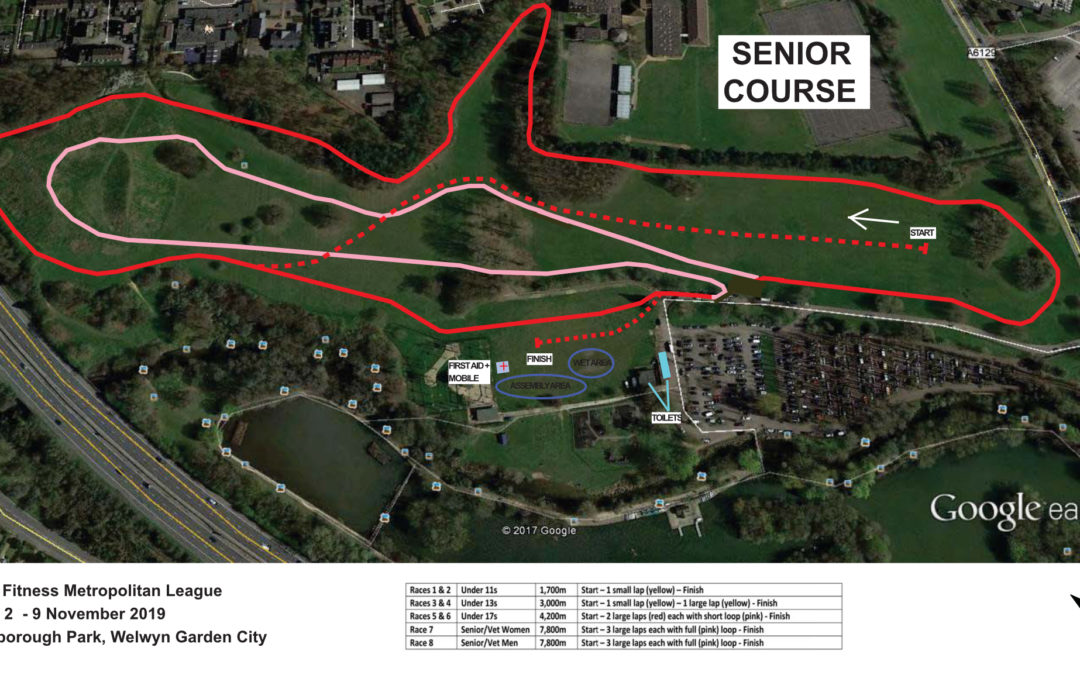 Full details and course maps are now available for Race 2 at Welwyn Garden Cities Standborough Park. Head over to the Fixtures page for the details or click on the button below.

IMPORTANT NOTE
The Fixture Information and the course maps have been issued on the basis that we are able to use the field adjacent to the playground for an assembly area and for the finishing funnel. There is however the possibility that works will be starting in this field prior to 9 November. I have therefore drawn up some maps with an alternative position for the finishing funnel and appropriate adjustments to the course. These arrangements are less satisfactory than the ones I have issued so, as there is still no sign of the works starting, I am gambling on the hope that the field will still be clear on 9 November. The basic information on travel, parking etc, contained in the Fixture Information notice will not change but, as stated, the maps will. Please, therefore, look out for any amendment to the Fixture Information nearer the date of this fixture. 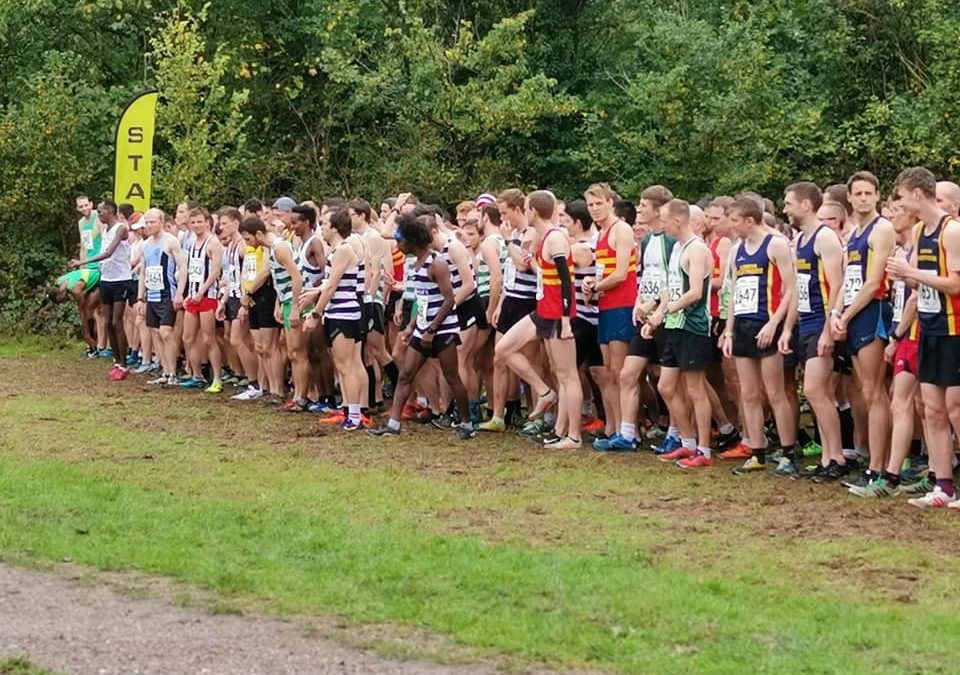 After quite heavy & persistent rain, ABDI ABDULLEH, followed up his win in the Middlesex 10k road Championship, of the 29th of September, with another decisive victory in the first. Start Fitness Met League of the season.

In what has proved to be one of the most popular cross country events in the UK “Thanking Janice Bowman and her team of dedicated officials…
Coach Idris Hamud, of Hillingdon AC, pointed out “My target this season was for one of my men to win a Metropolitan league senior race but, I was surprised it was done so soon.” In the past, Abdi did often, rush off quickly, which robbed him of a victory in 2017-18 but this time he went off fast but never came back. At halfway, on the sometimes muddy patches, he was on his own ahead and, in second place, also on his own was Ahmed Abdulle (20), who puts down his recent good running to being coached by Mick Woods at St Mary’s. The third place was not concluded till the last half mile when Ash Harrell came in third, which was his best position in the league races and, he led the Woodford (1325) team to victory but close on their tail are Victoria Park & Tower Hamlets (1258) and Highgate Harriers (1227) and so it is all to play for. In eighth place was the first vet over 40’Tom Aldred (26:09), who had been running well on the roads lately and, the oldest to run well Stuart Mann (M75) 374 of 442 finishers in 40:00.

Naomi Taschimowitz, who is very experienced on the Claybury course, started to move clear at halfway and, never looked back. Naomi was 6th in the National last year the year which was the year she ran her fastest 5000 on the track of 15:54. However in the race at Claybury that had 154 finishers, in 2nd place, running her first-ever 8k, was Khahisa Mhlanga, the under 20 European 800 Champion in 2017 & who ran in two European Championship cross countries.

“I have been injured for a while since December I am going to do the cross-country season. And, I am coached by Mike Judd, who is a very good coach and does not give me too much to do and said I am to enjoy it and, that is the main thing which is important.”

In third place also a bit Isolated was Revee Walcott -Nolan “I did 2.1 personal best in a BMC 800 race at Eltham in July and, use the cross-country as basic work for my track racing’

‘‘I am not that keen on the mud and, people were falling over on the mud, in the race to-day ” Herts Phoenix runner Deborah Rushman, was the first W50 in a good 26th place in 33:20. London Heathside lead the points with 368, 2nd Victoria Park 341 and Highgate 287. Shaftesbury’s Freya Stapleton, is always impressive in Met League races and won the Under 17’s by over a minute but, had been injured all Summer till late August. She was particularly pleased with running for England and coming 6th in the SIAB international in Dublin in March and she came 4th in the National too.

John Stow, the Woodford Green coach points out there are three runners he coaches who all wish to gain an English vest in the future Ben Sloan (16), whose best position before the day was fourth, ran well to lead most of the way in the Under 17‘s and the first two in the Under 13 girls, Abigail Read who had the courage to go to the front and stay there, and the girl who was a good second to her Tilly Major, is also a good prospect.” 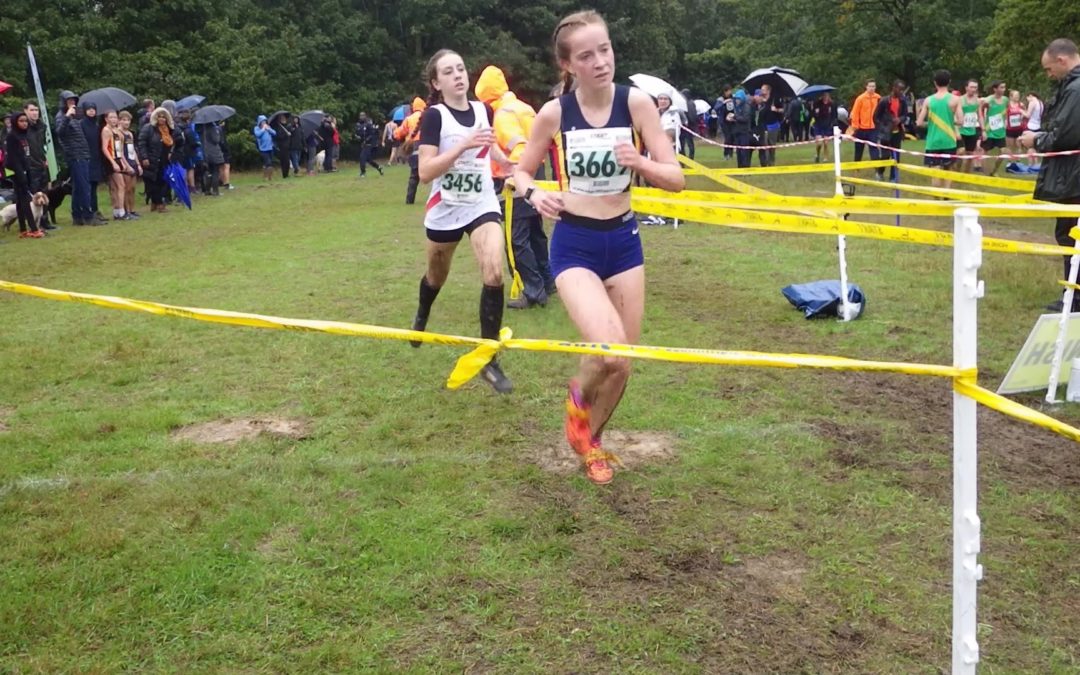 Results are now confirmed and can be found at.

Please Note: The status bar will tell you where we are with the results at the moment.

Any results queries should be via your team manager, please do not contact the results team directly. 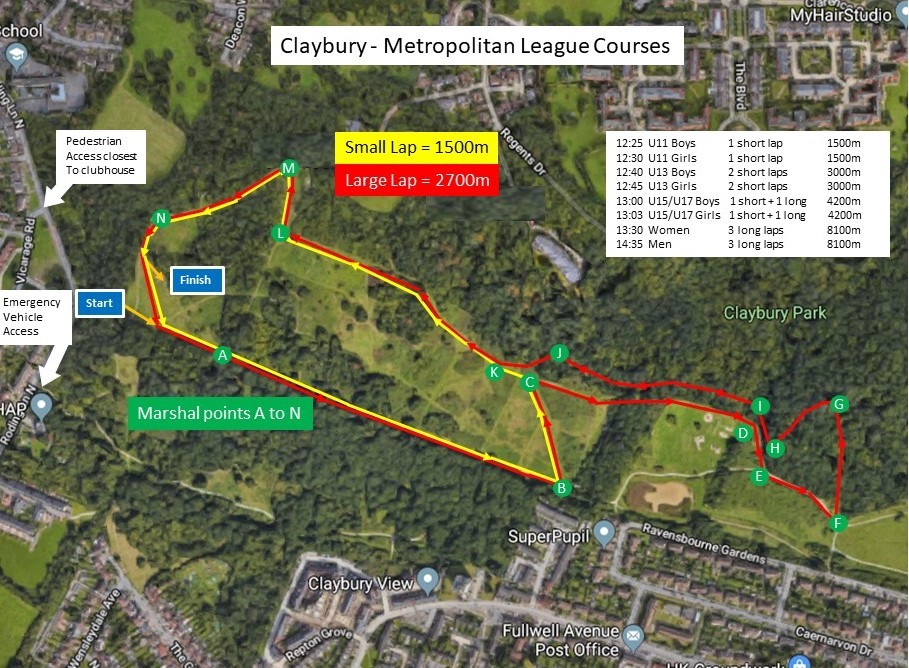 Please see the course map below for the first race at Claybury.