A few days after the last Start Fitness Metropolitan League fixture at Stanborough Park, I received a complaint from the Park Manager, which had also been sent to the local Environmental Protection Officer. The essence of this complaint was that a male runner had bumped into a woman who was walking in the park, knocking her umbrella into her and hurting her. Not only did he continue without checking whether he had caused any injury but he did not even bother to apologise. As stated in the ‘Instructions to Runners’ this is a public park and it is necessary to take care. This type of behaviour is not acceptable and I am disappointed that a fellow runner showed such disregard for his actions. Furthermore, we depend upon the goodwill of the public to be allowed to use these public amenities. As a race organiser, I will take steps to avoid a future occurrence but, in the event of a similar incident, I hope all competitors will appreciate that the priority is to check the well-being of the injured party. 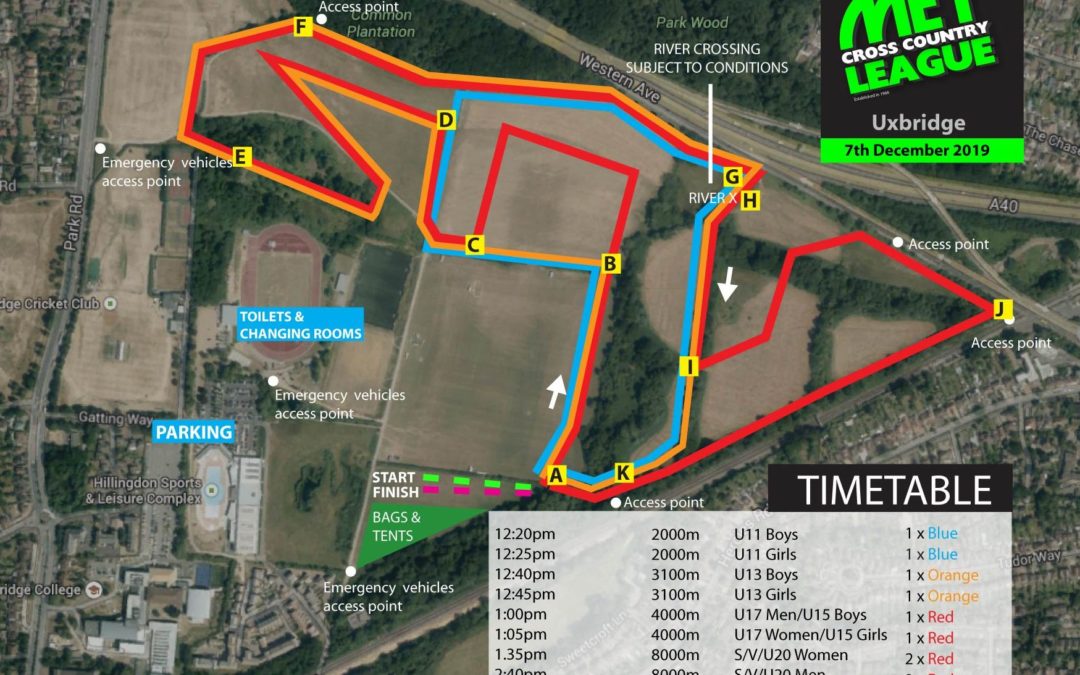 Full details of the next race, the third in the season, being held at Uxbridge are now available on this site from the link below.

The decision on if the course uses the now icon river crossing will be made on the day as with all the recent wet weather it could be too dangerous to use. 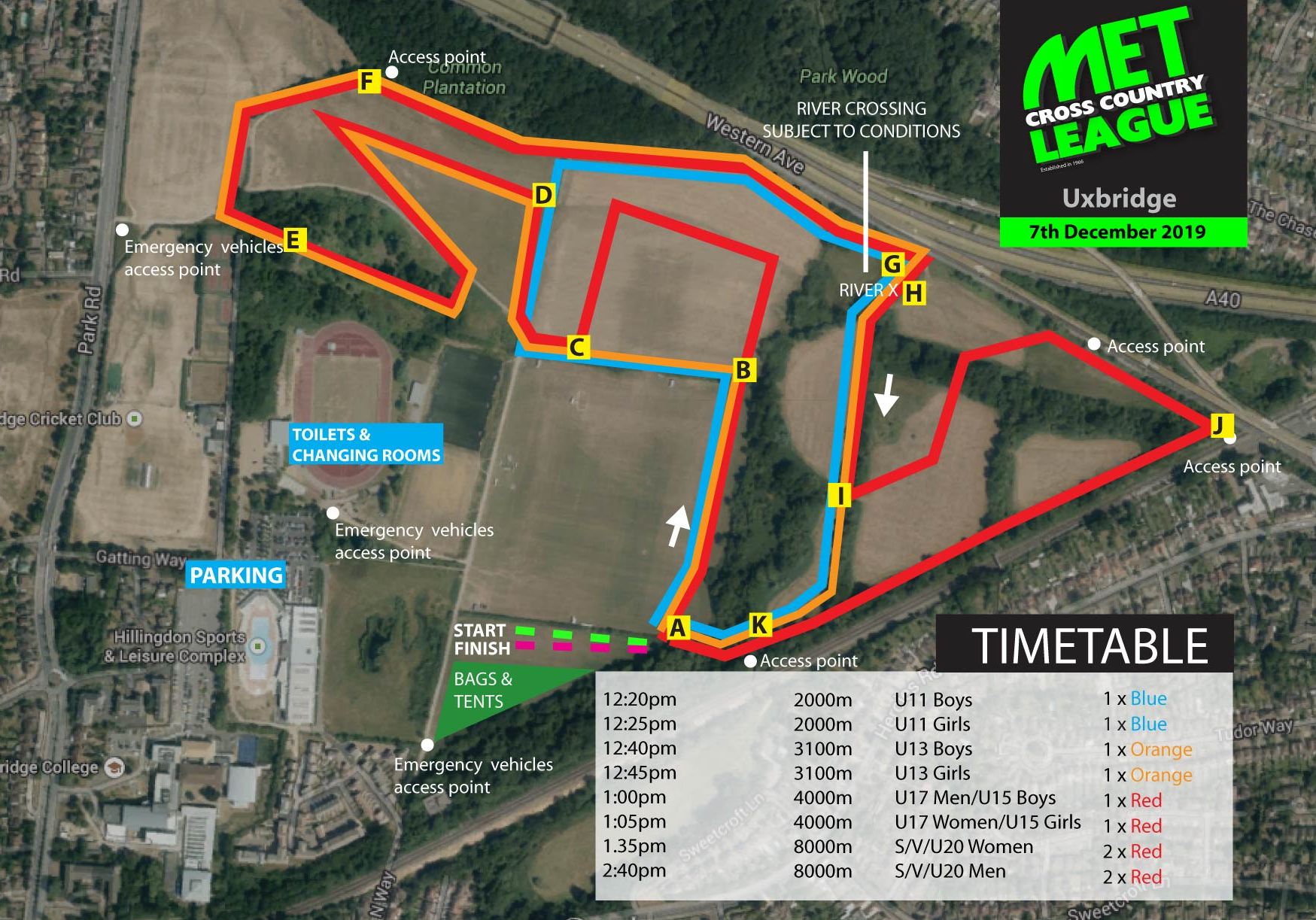 The individual standings will be updated once the results from each race are confirmed.

These can be viewed from the link below or via the button. 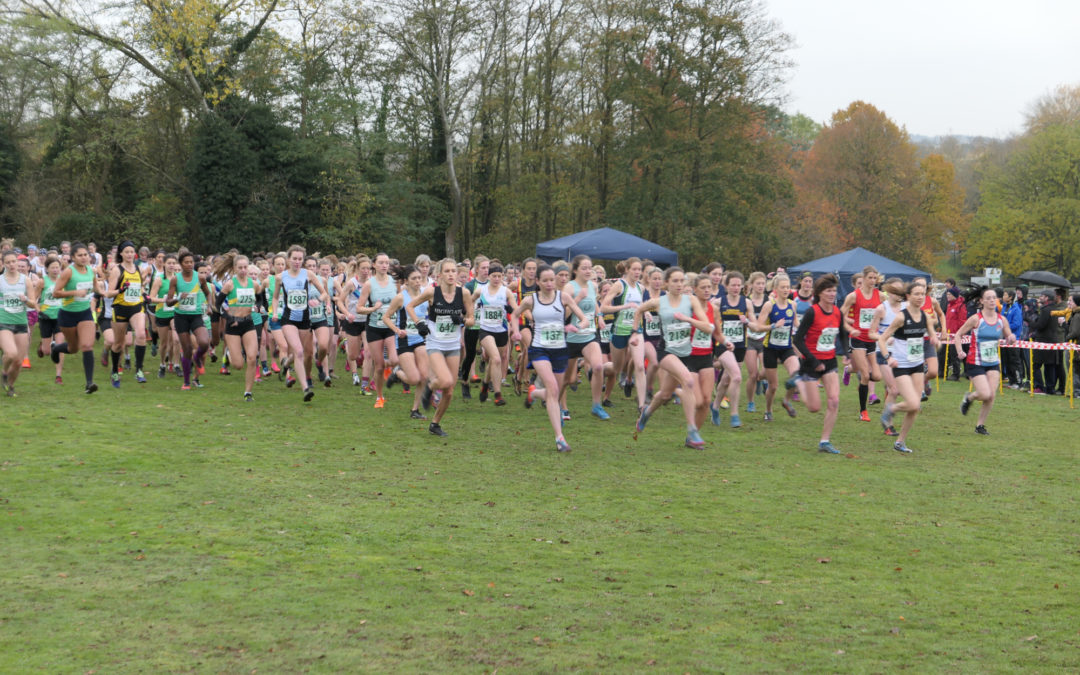 Callan Moody, who works in the cardio department of St Peters Chertsey, won the second Met League Mens’ race of the season.

It was over the switchback Stanborough Park course, in the cold drizzle. Seyfu Jamaal, led a large bunch in the first half of the race till, a small group of half a dozen broke away with Abdi Abdulleh, Alex Lepretre, Jeremy Dempsey, Austin Roth and Phil Crout with Moody tucked in behind them. In the last large lap, Alex Lepretre decided to have a go in order to get clear but Moody went with him. Moody, was the faster finisher in the last couple of 100 metres.

Moody was 110th for New Zealand in the World cross county in March but said ‘I was not at my best and the race was brutal” He has PB’s of 29:31 for 10k at Telford and, 65:13 for a half marathon. Tom Aldred, again, was the M40 winner in 9th place and Doug Milsom, wearing a red cap to match his Hillingdon AC colours, was the oldest in the race at, 80. He was 524 of the 526 finishers in 47:46. Highgate Harriers, who have won the league consecutively, for over half a dozen years, were surprised to be knocked down to third at Claybury and, rallied hard. They are now in the overall lead… Their points 2685 to Victoria Park & Tower Hamlets 2546; and Woodford Green & Essex ladies 2227. London Heathside led the women’s section and the strongest in the younger age groups appear to be Woodford Green & the Shaftesbury club again.

Elizabeth Janes, was one of the two favourites to win the women’s race; the other being Revee Walcott-Nolan, who was third at Claybury with the first two there not contesting in this one. Janes went ahead of the group of half a dozen, halfway through the last large last lap, which, put daylight between her and Walcott-Nolan. Knowing she had not got a finishing kick and Walcott Nolan had Janes, went for home early as the undulating course was the type of ground she enjoyed… Matt Janes, her husband, a good Bedford runner, was at the very finish, along with Liz Janes three children who are 6; 5 & 2, Despite looking after them she, still managed to get in a good months training.

Nina Griffith., works at the NHS Hospital in East London, in health care management, She improved from 4th at Claybury to third at Welwyn and was pleased with that. Sally Judd was the first W40, in sixteenth place and Deborah Rushman was again the first W50 in 27th of the 239 runners.

In the younger age groups, a particularly noteworthy performance was by the U13 winner Glanleo Stubbs, because, he won at Claybury and all five under 11’ Met league races last year. He is coached by George Harrison. It was also interesting to note Joanne Miranda who won the W5/17 race was in the Shaftesbury team that won silver medals at the recent National cross-country relays at Mansfield. She is at St Michael’s School, North Finchley and coached by Jeremy Sothcott.

Additional comments: –
Alex Lepretre “I quite enjoy cross-country, the adverse weather conditions. I get stuck in and there is a great team atmosphere and I really enjoy that.”
Ben Redland of London Heahside who won both Under 11 Met League race found this competitive with Arthur Phillips of Shaftesbury one second behind him at the finish. Redland “I go to Highgate Primary school. I started last year with London Heathside. Running is my favourite sport although I do play football and my hero is Harry Kane”
Thomas Archer, who is coached by Kabir Kemp of London Heathside “The race had a large group out ahead but I feel they were tiring and I put in my effort with 1k to go. Last year I was unfit and so I did not do better than 8th at Uxbridge after 15th at Welwyn, 15th and was an Under 15 rather than an Under 17. I do swim as well. Regarding running I prefer track, to be honest. For the 1500 I got under 4 minutes last season which I felt was quite good.” (3:58.22 at Watford in June) 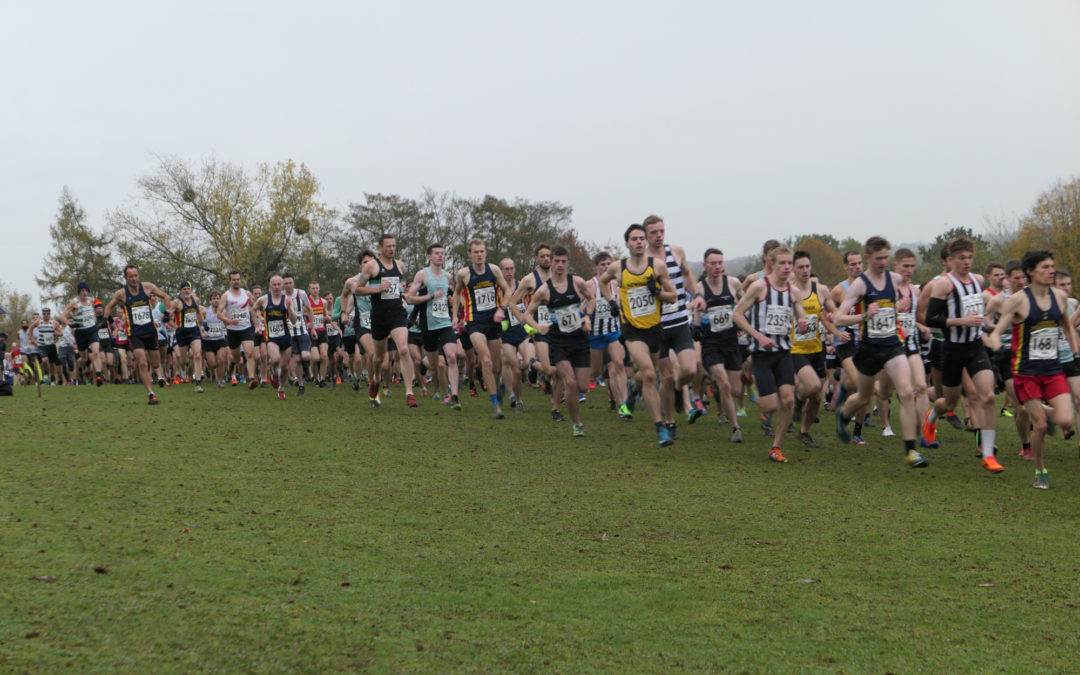 These results are now confirmed.

The status bar at the top tells you where we are at with these.